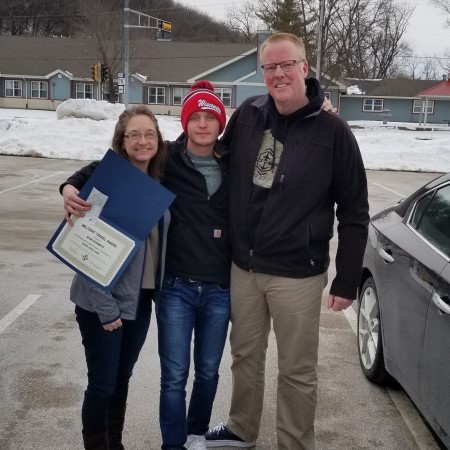 Ryan receives his Travel Award and check from Jen and Larry Jackson.

Ryan came home from Fort Carson in Colorado, his first permanent duty station, and will soon be heading to Germany. While stationed at Fort Carson, he completed a nine month deployment to Afghanistan.

Why I decided to enlist in the military
To bigger and better things in my life. Joining the military is a higher calling and also asks more of you than what a civilian job could ever do.

Why I chose the Army
Army fights on the front lines. I joined the infantry to fight wars and that’s what I’ve done.

Job in the military
11B infantryman

Family in the military
Multiple family members who all served in the army as well.

Where are you currently stationed?
Fort Carson, Colorado