The Ben Jackson Foundation is pleased to introduce Robert Burt.  Burt is a recipient of a Travel Award and a  2020 graduate of Monticello High School.

Burt enlisted with a 4 year active duty commitment to the Army.  He leaves June 30 for Basic Training in Fort Jackson, SC.  After Basic Training, Burt will travel to Texas for Advanced Individual Training (AIT) to become a combat medic.  When this training is complete, Burt plans to go on to Airborne Training at Fort Benning, GA., where he will learn how to jump out of airplanes. 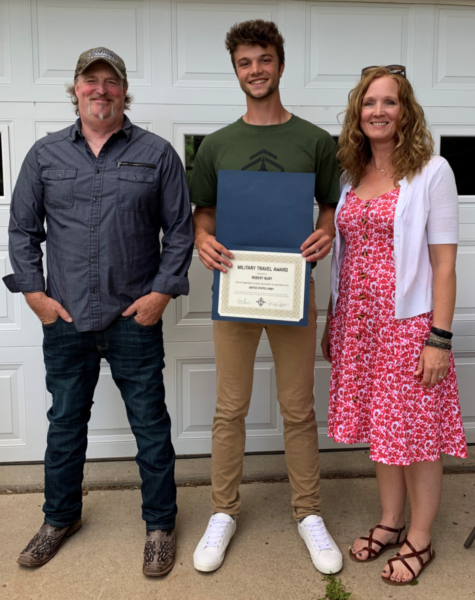 Growing up, Burt was always fascinated by the military.  The Marine Corps was the branch he thought about, until he met with his recruiter for the Army.  After talking with his recruiter, Thomas Werner, he realized that the Army was a better fit and offered him the career path that he wanted.

Burt became a Volunteer Cadet on the Monticello Fire Department 2 years ago.  He has completed some of the certifications in fire safety and is now a full member of the fire department.  When he completes his commitment to the Army, he plans on applying for a professional, full-time fire fighting position and completing his Fire Fighting degree.

Even though Burt is a little nervous, he is really excited for the experience he is about to have in the Army.  He has spent the past 8 months preparing by lifting weights and running.  He is looking forward to doing something totally different.

We thank you for your willingness to serve, and we wish you the best of luck!