She left for Basic Training in Paris Island, SC in September 2018.  After completing Basic Training, she traveled to California for combat training, then she traveled to Fort Meade.  Although Anderson had intended on participating in the Language Defense Program, she ended up going to Fort Meade for Combat Videography. Afterwards, she received orders to the Media Center in Okinawa.  After subbing on the radio with the Armed Forces Network, she landed a permanent position with an afternoon radio show.

Anderson, a Marine, has been stationed at Kadena Air Force Base on the Island of Okinawa since August of last year.  Her mother, Wendy Gavinski, thinks that after 5 year commitment in the Marines, she might pursue a career in media. 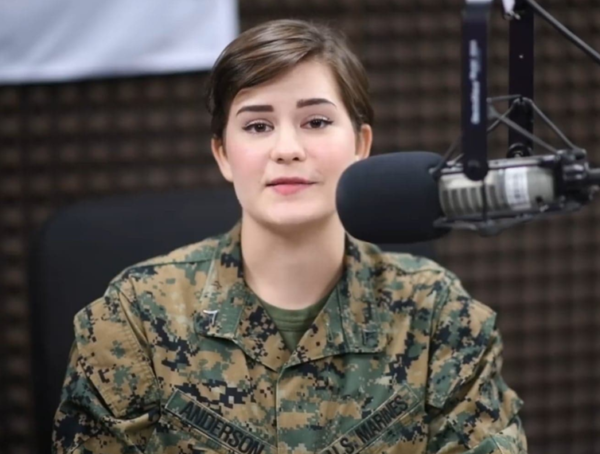 Wendy misses being able to talk with Reagan.  She especially misses their daily chats and hugs (Anderson is a great hugger!).  Wendy feels that becoming a Marine has resulted in Anderson gaining self confidence and believing in her ability to achieve her goals.  She describes her daughter as a very ‘up beat’ person with an infectious personality, and as a genuine young woman who loves her country, God and family.  She is immensely proud of her daughter!

Thank you for your service and good luck!