The Ben Jackson Foundation is excited to introduce Benjamin Litchfield! Litchfield was presented with his Travel Award check in December when he traveled home from Fort Riley in Kansas. 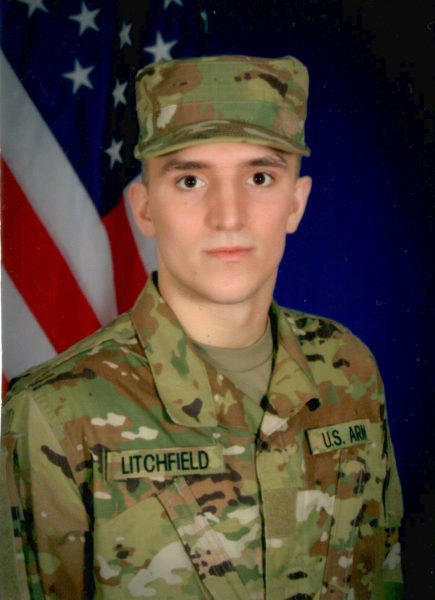 Litchfield is a 2020 graduate of Middleton High School. He graduated in January and left for basic training the following month. Having completed basic training, he is currently stationed at Ft Riley Kansas where he will soon begin training for deployment in 2022. Litchfield is currently in the infantry with the goal of someday joining the Ranger Program, which is why he chose the Army over the Marines.

The beginning of the Covid-19 pandemic coincided with Litchfield’s basic training. While others were experiencing limited social interaction, basic training kept him busy. As he enters into the next 11-13 months of training for deployment, the pandemic has limited his ability to leave Fort Riley, and he will only be allowed to take leave twice during this training time. 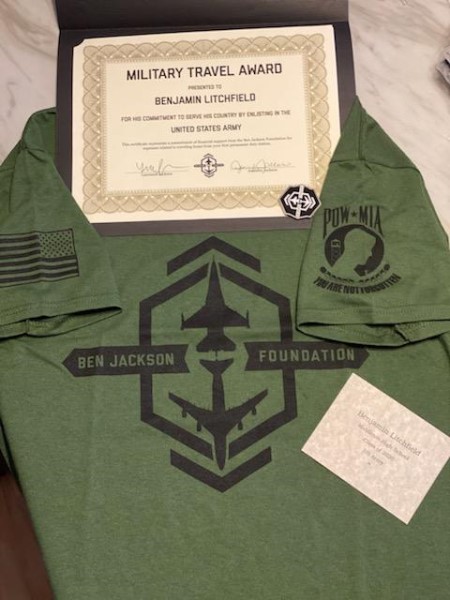 Litchfield has an enlistment commitment until July of 2024, and his mother Stacy feels that he will likely re-enlist at that time. When asked what she misses most about her son, she responded, ‘the random conversations while cooking or making cookies’. She describes him as an all-around good kid with character.

The family is very appreciative of the Ben Jackson Foundation and the work they do, and are very happy to have learned about the it from a friend.

We at the Ben Jackson Foundation congratulate Ben Litchfield on completing basic training and wish him continued success in all of his endeavors! Thank you for your willingness to serve!