Jovan Shover, from Monticello High School is a recent recipient of a Ben Jackson Travel Award. Shover graduated in 2020, and was virtually presented with the award at the school’s online video awards presentation. 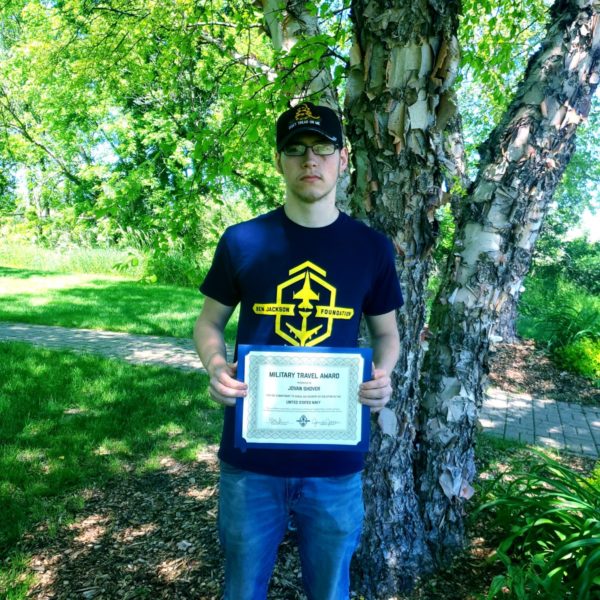 Joining the Navy is something that has interested him for a while, and it lines up well with his goals. Shover wants to serve his country, while getting hands-on experience he can use, as well as saving money to attend college. He enlisted for four years of active duty service, followed by four years in the reserves.

During his time on active duty, he would like to do something in an engineering field. After basic training, he will attend additional training in Florida at one of the Navy’s A-schools. From there, he will go to the fleet and qualify for a specific job, and then return to A-school for additional training. Other areas he is interested in include specializing in shipboard damage control or being a gunner’s mate.

After his four-year active duty commitment is up, he plans to attend college to help prepare him for a job in law enforcement or as a firefighter. He is interested in pursuing an education in criminal justice.

Shover has many family members that have served in the military, and his whole family has been very supportive of his decision to enlist. His grandfather served in the Army in Vietnam, and many of his sixteen children served in either the Army or the Navy. Jovan’s older brother Bryss, who graduated high school in 2017, enlisted in the Army Reserve and is currently at basic training at Fort Jackson in South Carolina.

One of the reasons he chose the Navy is to travel and see new parts of the world. “One of my goals is to get a picture of it snowing out at sea,” he said. He is also very interested in traveling to the Middle East or Japan to experience other cultures.

Shover is currently slated to leave for basic training in Illinois at the end of July, but due to current COVID concerns, he does not have an exact date yet.

Congratulations Jovan, and thanks for your willingness to serve!